The kydex holster community is not what it once was. Once upon a time, there were a few big names to choose from and that was it. Long wait times and limited choices were the name of the game. Not so anymore. The industry is booming with brands that can make nearly any holster you want for most popular concealed carry guns which leads to its own list of problems. Namely, who do you choose?

Bravo Concealment has been a mainstay since the beginning of kydex holsters’ popularity. Starting out of his home garage, Rene Aguirre, owner of Bravo Concealment, is the living embodiment to the American dream. Making money doing what you love. However, technology has changed in the holster making community, allowing for faster output of products with a high level of consistency. How has this technology fared for Bravo Concealment? Let’s find out.

I had the opportunity to choose which Bravo Concealment holster I wanted to test. Knowing that most of us carry a handgun concealed day to day, I figured the Torsion IWB Kydex Gun Holster, was the best option. I run a Glock 19, Gen 4 for daily carry and Bravo Concealment has plenty of in stock inventory for such a model.

Here are the features for the TORSION IWB Kydex Gun Holster as stated on Bravo Concealment’s website – https://www.bravoconcealment.com/collections/inside-the-waistband-appendix-kydex-holsters/products/iwb-torsion-holsters:

My very first impression of the Torsion was how lightweight it is. It is one of the lightest weighing IWB holsters I have personally ever held. Secondly, the fit and finish of the holster itself was very well done. It isn’t the best that I have seen, but this is meant to be a utilitarian tool, not a piece of custom art. I don’t expect high output companies have to have the same level of flawless finish as a custom holster maker. Also, I noticed the 10 degree cant (specific to the Torsion) which is intended to have the pistol hug the body to a greater extent than the typical holster. Of course, the only way to test this feature was to try it out for myself.  Fast forward to….

After Wearing It for a Few Months:

Having worn the Bravo Concealment Torsion holster I observed a number of things. Some things I liked, some things I didnt, and some in between. Let’s start with the Good.

Out of the gate, the Torsion is both slim and lightweight which, for the most part, are excellent things. I ran this holster 95% of the time as an appendix holster and the last thing you need in an appendix holster is more mass pushing against your gut (or other regions). Excess weight is seldom a positive when carrying concealed.

Another wise choice of Bravo Concealment’s design was to make the Torsion configurable as an appendix or 3-4 o’clock holster. This not only allows the user to configure his or her set-up on what position to carry that day, but on the fly as well. As it comes, the Torsion has both belt clips installed which works best when at the 3-4 o’clock carry. I found that one clip works best for appendix carry and is, in my mind, essential for tuckable carry (seeing one clip is bad enough for concealment, but both clips is a definite no-go for me).

Stability and concealability are two of the most important qualifications for a concealable holster, but what about comfort? To date, the Bravo Concealment Torsion may be the most comfortable IWB holster I have worn based on squatting down to tie my shoes, pick up my toddler, duck walk, whatever. That has a lot to do with how slim their design is. I applaud their engineering for stability and comfort, but no matter how I carried the Torsion in AIWB position (one or two clips on the belt) I had a neat square-like protrusion from under my shirt. Running two clips exhibited more obvious printing so I almost exclusively ran it with a single clip both for tucked and untucked carry using one clip on the belt and utilize the other clip as a kind of “wedge” or “claw” like many other kydex AIWB holsters have. This did improve the holster’s concealment and while this may cause the holster to shift, I found shifting was minimal. This will no doubt vary depending on body type. As a general rule, I can conceal a holster far better in the small-of-back/4 o’clock than I can any appendix with how my body shape is. I can run AIWB’s in various degrees of conceal-ability, often with great success, depending on the holster.

Let’s be honest, we spend 99.99% of the time with the gun holstered and hidden going about our day to day life. The only times we draw our pistols is range time, dry fire, or on the off chance we had a real bad day, for defense of life and limb. Even so, the holster MUST perform when it is required to. So that said, how did it do at the range? Very well, actually. I found it easy to draw from as it allowed a full and true grip in the draw. I applaud Bravo Concealment for that. Often holsters give you a “just good enough” grip that you may have to adjust, but the Torsion allows for the perfect grip even before the gun is pulled from its resting place to do work. That is crucial for any carry holster. I found it just as easy to re-holster as well. For those of you concerned, the holster DOES NOT cover the magazine button. I never found it to be an issue, but if that bothers you consider yourself warned. One other feature I feel is worth mentioning is that it looks as if the holster was designed to protect threaded barrels, at least partially. The model I had stuck out around a half an inch or so. While not fully protecting threaded barrels, it seems it would render partial protection especially if you’re running a thread protector.

After a few months of wear, I pretty much figured out what I liked, what I didn’t, and a few things in between.  So let’s break this down “Barney style.”

So there’s a lot to love about the Bravo Concealment Torsion IWB.  However, I do have some personal critiques that in some regard will be solely personal to an end user.  In this case, me.  Those of you that have been carrying IWB for awhile understand that body type and firearm model has a lot to do with what holster works with whom.  What might work well for one person may not work quite as well with another, and so on.

First of all,  the holster itself did not seem to be as concealable on my person as I would have liked.  As stated above, I wore this holster 99% of the time AIWB.  While it was comfortable, my body type forced the butt of the pistol outward which caused it to print under my shirt.  Utilizing only a single clip over two clips did improve the printing situation, but it did print more than what I would prefer.

Another issue I personally encountered was the holster felt top-heavy.  One fantastic thing I love about this holster is that it sits up high enough to get a superb, full grip when drawing.  However, the way it is cut/formed may be part of the issue with the top-heaviness.  Using two clips helps relieve this issue, but again, for my body type I preferred the single clip for better concealment.  Often times with holsters it’s simply a matter of picking one preferred feature over another.  For me, its conceal-ability as my number one while comfort is a close second.  This is a personal preference and everyone carrying long enough will come up with his or her own preference list on holster “needs.”

One other critique I had was the holster retention was a bit too light for my tastes but it has been fixed with the Bravo Concealment Torsion 3.0 as it now has adjustable retention.

Finally, two small observations that may or may not be an issue for end users.  Number one is color customization.  While having nothing to do with function of the holster, the “You can have it in any color you want, as long as it’s black” is a very real thing here (see Henry Ford’s quote on the Model T for more context).  Some folks really like to have a personal touch on the holster they carry which is completely understandable.  Carrying a handgun is a personal thing which is why there are so many opinions on the matter, but for some the single color line-up may or may not be a deal breaker.

In the end, function is king and form follows function.  In the past, I have seen limited color runs like Olive Drab green, but the likely scenario is that you will be buying black when regarding Bravo Concealment’s lineup.

The final critique is that the screws on the back of holster began to rust. Not a big deal, as sweat can wreak havoc on most tarnish-able metals, but I would normally expect that to happen after a longer period of time.  I have an AIWB holster I’ve worn for years and still have no visible signs of rust on the metal areas.  To be fair, I feel Bravo Concealment would rectify the situation for anyone having this issue and it could have been a bad batch of screws they received from their hardware dealer.  Things like that happen and it’s only fair to let a manufacturer know while giving them a chance to fix the issue before taking it further on social media.  I never brought it up to the Bravo Concealment because it was a non-issue for me.

Some Even Better News:

Currently they are running a Columbus Day Sale so check em out!

The improvements they made over the original Torsion Design:

I may end up grabbing a Torsion 3.0 in the future to see how it improved on my issues with the original Torsion.

I think the Bravo Concealment TORSION IWB Kydex Gun Holster is great holster for those just starting off with concealed carry and have not made up their minds on a appendix versus 4 o’clock carry. Bravo’s line allows a user to test their holsters with a 30 Day Money Back Guarantee and carries an Unlimited Lifetime Warranty which is exceptional. Their customer service has been top-notch. My biggest issue was fitment of the holster which may or may not work for you depending on body type and carry position. That’s how it often goes with carry holsters. You often have to go through several brands and models before you find that Goldilocks holster that fits “just right.”  Holsters are just as personal, if not more so, than the gun you carry, but at the current price and quick ship the Bravo Concealment Torsion IWB Kydex Gun Holster is worth checking out if you haven’t found what you are looking for in a holster.

For more information, head over to https://www.bravoconcealment.com/


Notice: WP_User->id was called with an argument that is deprecated since version 2.1.0! Use WP_User->ID instead. in /chroot/home/bsw/blacksheepwarrior.com/html/wp-includes/functions.php on line 4865 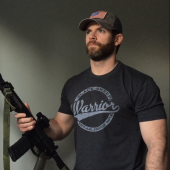 Geared Mind is a U.S. Marine veteran with three combat tours as an 0331 Machine Gunner. A lifelong gun enthusiast, he continues to share his love of firearms, and fitness through his social media channel Geared Mind.