Due to my current gun safe becoming too full (first world problems, I know) a few months ago I began doing some in depth research into which gun safe I should purchase to give me some more space.  I was looking for a higher quality safe and really looking at a high level of security.

Unfortunately, what I found as I began my research was that my trusty entry level safe that I had purchased while in college had a surprisingly low amount of security.  Like crack head with a monkey and a wrench low.  In my despair, I immediately began searching for a stop gap measure that would make that safe more secure, while researching a new one.

One of the tools I came across was the Libery SafElert (Liberty SafElert on Amazon).  The SafElert acts as an alarm of sorts, with a varying amount of alerts that it can send you, based on your preferences.  Wanting to try it out, I purchased one and immediately installed it in my safe.

What Does It Do?

Basically the SafElert sends texts messages to your phone based off a change in condition of your gun safe.  Sounds cool doesn’t it?  To set up the SafElert, you need to sign up for an account on their website, which is pretty simple for the most part.  This is where you set your preferences for the different types of alerts.  The SafElert works off of your home’s wifi, using that signal to send the alerts to your phone or email.  I have my Elert set to send me texts of almost every type of alert, just in case.  I have found the alerts to be pretty accurate and consistent.  That is they hit my phone pretty quickly for the most part.

The movement sensor is designed to let you know if there is a significant movement of your safe.  Like someone pushing it over to pry the door open or trying to move it out of your house.  This alert has been somewhat hard for me to set off.  Since it is designed for those bigger movements, gentle rocking doesn’t usually trigger it.  If I swing the door forcefully when opening or closing it, that will set it off at times, but not always.  As I don’t want to rock the safe too much – I’d rather not have 700 pounds fall on me or my tile floor – I have chosen not to push the boundaries of this test too much.

After placing the SafElert in the right spot, I have had no problems setting this alert off, every time I open the door, I get a text.  It is fairly quick to respond, with the alert usually hitting my phone within 30 seconds of me opening or closing the door.  If you’re in and out of your safe frequently, this could become a little annoying, but its well worth that annoyance.  And if no one else has the combination to your safe and you get a text alert saying the door was just opened, you’ll be happy to have the heads up.

Another useful alert this tool has is the temperature and humidity alerts.  These are customizable to whatever temp and humidity you find appropriate.  You can set a low and high value, and it will tell you if the inside of the safe dips below or rises above that.  While I haven’t had this alert go off (thankfully), the temperature and humidity both react to the conditions of my house, which make me believe that it is at least somewhat accurate as well as likely to sense if there is a problem.  These alerts could be useful should there be a fire in your home.

You will be notified should the SafElert lose connection with your router.  The downside is that it only checks in with your router once an hour, so this is really geared more toward power outages than intentional conduct.  This is one alert that does not come through quickly.  However, still good to know.

Every week I receive an update that tells me the condition of the safe, temperature and humidity.  Additionally it also gives you a level on the battery, which is a nice feature.

Now there’s even an app that allows you to view the conditions of your safe(s) at any time.

Lived up to value?

Has this product lived up to its potential value?  I would say that it certainly has lived up to what it advertises.  The alerts are pretty quick and accurate and it can fill a security gap in your home, especially if you have one of those cheaper safes that aren’t very secure.

At around $200 for this piece of equipment, there are other options that would provide a similar coverage for your gap in security.  One that I would suggest is a wireless security camera (Editors note: We are currently reviewing offerings from iSmart Alarm).  I have several in my home and you could point one at the safe and set it up to send you alerts based off motion detection.  This option has its drawbacks as well, so choose wisely.  The biggest difference being alerts based off of temperature or humidity change.

Percentage wise, you’re more likely to deal with theft than fire, so that to may factor into your decision making process as well.

All this being said, I still like my SafElert.  It does what it was designed to do and it fills a gap in the security of my home, so I find it very useful.

As with any tool, this one may or may not suit your specific needs.  It certainly should not be the main layer of security for your safe, but I already have a monitored alarm system and a couple security cameras, a dog, etc… so this being a dedicated alarm for my safe was something that I found valuable and worth keeping around.

Where to get it

Amazon (this helps us pay the bills) 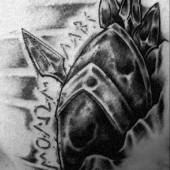 Rockforce is a law enforcement professional working in the southwest region of the country. Prior to working in law enforcement, he served in the military where he developed a passion for America, and for shooting and breaking things like all good grunts do.