UPDATE: the Magpul Sling Stud Bi-Pod has been announced read about it here

While you are still in waiting for the Magpul® Bipod – Sling Stud QD, make sure you check out the Magpul® site to check out their full selection of products to meet your needs for rifle accessories and magazines and even everyday apparel. Click the link below to go directly to the Magpul® webpage.

When we released the Magpul Bipod in three different fitments last year, we continued working on a way to support the many shooters out there who use a sling stud on their forend. As a result, we’ve reached a point where we’re ready to show what we came up with. The Magpul® Bipod – Sling Stud QD brings the same reliability, features and value that we brought to our three other models. It’s coming soon…

The Magpul Bipod – Sling Stud QD is the next offering in the Magpul bipod line. Designed to mount to the ubiquitous Uncle Mike’s Sling Swivel Stud that is common to nearly every sporting rifle made, the Magpul Bipod – Sling Stud QD is the strongest, most fully featured bipod available with direct sling stud mounting. Offered with a new rapid-attach sling stud mounting system, the Sling Stud QD bipod takes the fuss of aligning and tightening that comes with traditional sling stud-mount bipods out of the equation. The stainless-steel mounting system self-locates and aligns perfectly every time, and an ergonomic thumb wheel allows for excellent grip to ensure easy tightening. Additionally, two sizes of high-durometer rubber mounting gaskets are provided to ensure optimized fit and load distribution on narrow sporter-contour or wider target-style forends. The ability to mount a sling on the forend is maintained with a low-profile sling stud on the rear of the Sling Stud QD mount, which also provides for a quick detachment when it’s needed.

Providing the same premium features available in the existing line of Magpul bipods, the Sling Stud QD bipod provides the high performance associated with higher-priced bipods at a significantly more affordable price for all shooters. Spring-tensioned, Mil-Spec hard anodized 6061-T6 and injection-molded reinforced polymer legs stow neatly forward and snap down and lock into place with one hand. Leg extensions slide and lock securely with the push of a button on any of the seven locking detents, extending from 6.7” to 10.0”. An industry-exclusive 50° of total tilt are controlled by a glove-friendly, knurled, tool-less, bipod locking knob located between the extended legs, allowing easy adjustment between shots. A soft rubber bipod locking knob cap is attached to the locking knob, giving users a steady, non-marring forward rest while the bipod is folded. Additionally, its staggered soft rubber feet hold fast on a variety of shooting surfaces and are easily removed with a roll pin punch. Should users choose to change feet, the Sling Stud QD’s legs accept most Atlas-pattern bipod replaceable feet. The streamlined housing and legs fit neatly under the barrel and are just under 2.3” deep and 3.3” wide when folded. 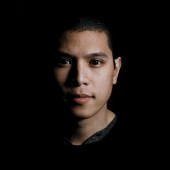 Since I was young I have always loved firearms. The mechanics, the constant innovation and the tactical nature of it are just some of the reasons. This passion continues to grow after more than 17 years of time at the range and competitions. That lead me here sharing with you the latest in firearms news and reviews from law enforcement or military professionals.