Velcro. As gear people, we seem attached (pun intended) to velcro just like molle and qd. We love simple attachment systems not only for their utility, that is, attaching the stuff we need, but also for the cool factor of attaching stuff we want.

Velcro patches have become a symbol of expression in the gun and gear community.  Displaying patches may be motivated by humor, pride for a company or product, showcasing an achievement, or other reason. The market seems endless, and some people now even make it a hobby of collecting certain patches they find cool. Lately, one trend in patches has stood out.

The Mk18 Mod0 patch from tinycrumb.

These are the tiny gun patches. Designers such as tinycrumb , Aprilla Design Group , Kitfox Design, and Acoustic Attenuation Group have created PVC and woven patches which replicate various firearms. Many of the patches replicate service rifle setups, such as the MK18 mod0 patches offered by tinycrumb.

Some of my favorite tinycrumb patches

These patches show quite impressive details given their small size. This attention to detail in the patches may be what makes them so interesting. After all, much of the target market for these patches are people who spend much time researching service rifle setups so they may “clone” particular setups in their personal collection.  In a recent release of the block ii m4a1 patch, tinycrumb selected the Elcan optic, Gen 1 Sopmod stock, and on the more limited version, pictured below, even included the m203 grenade launcher!

Some of tinycrumb’s newest patches.

Check out the detail of this m4a1 patch by tinycrumb.

Many of these patches are limited edition, and collectors watch for new releases through social media outlets like Instagram, and by signing up for newsletters on the design company website.  On October 19, 2017, tinycrumb releases the HK416D patch.  Check out the awesome detail and shades of flat dark earth just like the 416 clones.

Awesome detail on this hk416 patch from tinycrumb.

Visit these sites for patch releases

Check out more pics of these very cool patches below.  Also, leave in the comments section what gun patches you would like to see released, as well as other design companies where patch collectors can find their favorite guns in patch form.

The mk18 mod0 and hk416 patches from tinycrumb.

The 1911 from Aprilla Design Group.

The mp5 from Aprilla Design Group.

check out these patches and more at tinycrumb.com

Aprilla Design Group has many different patch designs. Check out their website for more!

The mk18 from Aprilla Design Group pictured with some friends’ mk18’s.

The p90 from Aprilla Design Group.

The 1911v2 from Aprilla Design Group. 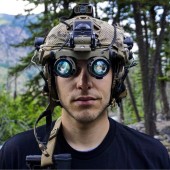 Simply a quality over quantity firearms and outdoor gear enthusiast with a passion for adventure and a love for rescuing man's best friend. Follow me on Instagram @556sinatra

The Piston Head Army, Tactical Art That Will Blow Your Gasket!